Our Scientific Advisory Board (SAB)

The board serves an important role in guiding and planning research, source funding through grants, philanthropy and when appropriate, as spokespersons for our patient population. Our medical board consists of the following members: 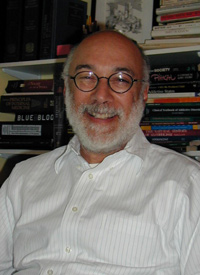 Before attending Johns Hopkins, Dr. Abraham graduated as valedictorian from Muhlenberg College in Allentown, Pennsylvania. Following medical school, he served an internship in Pediatrics at the Johns Hopkins Hospital. Subsequently, he served as the medical advisor for the National Medical Audiovisual Center at the Communicable Disease Center, and in the Department of Community Medicine at the University of Arizona. He completed psychiatric training at the Massachusetts General Hospital. Over time he has served as Unit Chief of the Westboro State Hospital, Director of Psychiatric Research at the St. Elizabeth’s Hospital in Boston, Director of Substance Abuse programs at the Tufts Medical Center, and Chief of the Alcohol and Drug Treatment programs at Butler Hospital, an affiliate of Brown University. He has also served as a consultant to the

National Academy of Sciences, and as advisor for several revisions of the Diagnostic Manual (DSM) of the American Psychiatric Association.

Honors include the IRIS, Peabody and Emmy Awards for Best Public Television Programs in 1978, 1979, and 1982. A founding member of Physicians for Social Responsibility and the International Physicians for the Prevention of Nuclear War, Dr. Abraham was an author of the constitution of those organizations, and in 1985 shared in the awarding of the Nobel
Peace Prize at Oslo.

In 2007 he was elected Distinguished Life Fellow of the American Psychiatric Association. In 2014 he was awarded the honorary degree of Doctor of Humane Letters from Muhlenberg College. In 2017 he was recognized by the Distinguished Alumni Award of Johns Hopkins University School of Medicine. 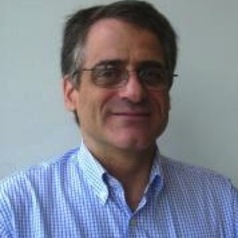 Harry McConnell is a Professor of Neuropsychiatry & Neurodisability at Griffith University. Professor McConnell is the Clinical Sub Dean at Griffith University School of Medicine and Director of Neurosciences at St. Vincent’s Hospital Brisbane. He also chairs the Queensland Health working group on Neuropsychiatry and Intellectual Disability and the South East Queensland Disability Council, as well as, being a member of the Queensland Disability Advisory Council. He has worked in Special Education and also trained in both Neurology and Psychiatry, specializing in Epilepsy and Neurodisability with over 25 years of experience. He has published widely with many high impact publications. Professor McConnell is one of only a handful of Queensland doctors to be given International Preeminent Status in Queensland and was also awarded his Fellowship with the Australia New Zealand College of Psychiatrists on the basis of his international eminence. More information can be found here. 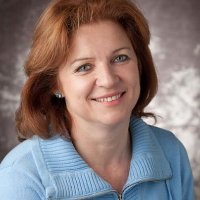 Dr. Elena Batrakova is a clinical neuroscientist at University of North Carolina. Dr. Batrakova’s CV can be viewed here

The main focus of Batrakova’s research is to develop a CNS delivery system for antioxidants and neuronal growth factors to attenuate neuroinflammation and produce neuroprotection in patients with neurodegenerative disorders, such as Parkinson’s and Alzheimer’s diseases. For this purpose, her group utilizes inflammatory-response cells, macrophages and monocytes that can migrate toward the inflammation site, cross the blood brain barrier, and release the preloaded drugs in the brain. To protect the therapeutic proteins against the degradation inside the host cells, the drug is incorporated in polymer-based nanocontainer. Thus, living cells can act as Trojan horses, delivering potent therapeutics across the blood brain barrier.

Some of Dr. Batrakova’s research includes: